Our album release is on 1st of September

Thrash metal enthusiasts, mark your calendars on September 1st, 'cause Silius' debut "Hell Awakening" will be released then! The killer artwork's been created by Anestis Goudas. R.D. Liapakis & C. Schmid took care of the mix and mastering at Music Factory/Prophecy Studios.

The CD release show is scheduled to be released on September 23rd at Altes Kino Landeck.
The official video for the single "Seven Demons" will be released soon! 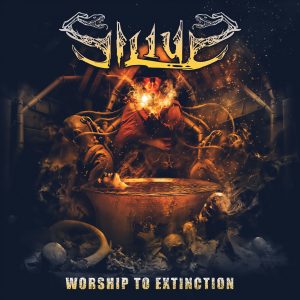 Do you think metal is a dying art? SILIUS will prove you wrong!
Enjoy the official video for the single “Seven Demons”, while you can watch the lyric video for the new song “War Planet” here.